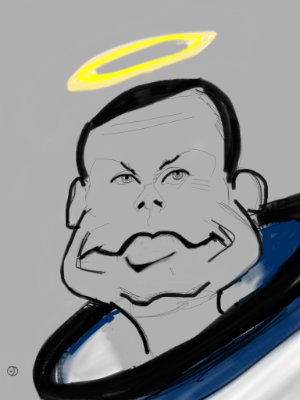 Google uses the following picture on the front page today:

Because Juri Gagarin was the first man in space. Exactly 50 years ago.

A few years later Armstrong went to the moon.

Or so the story goes.

IF he went to the moon.

If not, as this article suggests, then what? (cached version here, because account has surpassed bandwidth at the moment)

It would be one of the biggest lies of our times. Big in the sense of popularity.

I, personally, don’t care if he was there or not.

But imagine, just for a moment, if he never went to the moon – what would it mean?

But the moon landing must have been real, mustn’t it?

The problem is not the question if Armstrong was there or not. The problem is that most people are afraid of the consequences if it were all made up.

And that is the moment when individual thinking is switched off. Usually. It’s the point of no return.

If you step over this point … it might be a small step for you, but…